It was in 1968, when Yiannis Boutaris bought a 50-hectare plot of land outside Yianakohori, a village in the area of Naoussa. At the time, most of the producers were grubbing up the vines to plant peach trees, which were considered to be more lucrative. The first Xinomavro plantings, made in the early 1970s, signaled the revival of the ancient Naoussa vineyard. Two decades later, the Estate in Yianakohori, now Ktima (Estate) Kir-Yianni, gave its name to a new, until then, blend which has now become a classic.

The Ktima Kir-Yianni in Yianakohori, Naoussa, today covering an area of 56 hectares, lies at the east foot of mount Vermion, at an altitude of 280-330 meters. If Naoussa is considered to be a vine growing area with great variability of terroir, the Kir-Yianni Estate in Yianakohori can be seen as a small-scale replica of the whole region, comprising various types of soil and parts with different slope and exposure to the sun. For this reason its area has been divided in 40 different blocks, each one of them cultivated separately. The mountainous mass of Vermion protects the vines from the cold winds coming from the north in the winter, and sends down a beneficial cool breeze during the summer, which is usually hot and dry. This coexistence of so many different elements in a limited space gives the possibility to craft very complex and diverse wines, but is also a constant challenge for the wine producer.

Xinomavro is the flagship variety of the Naoussa vineyard. In this region it has been cultivated for centuries and it is here where its best examples are produced. However, in the early ’70s, in most of the Naoussa vineyards, Xinomavro was planted mixed with other red varieties: Cabernet Sauvignon, Mavroudi, Mavrodafni, etc. The first plantings at the Ktima Kir-Yianni in Yianakohori coincided with the declaration of Naoussa as a PDO region and signaled the revival of the local ancient vineyard.

The first Merlot vines were planted at the Kir-Yianni Estate in 1985. The intention of Yiannis Boutaris was to explore the potential of the international varieties on the Naoussa terroir. Merlot fulfilled his trust since the very beginning by giving excellent wines, with a complex aromatic character and a velvety body.

The first bottles of Kir-Yianni Estate came out in the market as «Boutari Estate in Yianakohori», in 1995, containing wine of the 1992 vintage. The initial blend composed of 70% Xinomavro and 30% Merlot. The idea belonged to Yiannis Boutaris, who wanted to explore whether an international grape can help a Greek indigenous variety to show its potential.

For nearly 20 years the wine was carrying the name «Yianakohori». Abroad, the wine was known as “Kir-Yianni Estate” abroad. It was in 2014 when the last vintage of «Yianakohori» was released in the Greek market, with the label «Yianakohori Last Vintage 2011», giving its place to «Ktima Kir-Yianni» for both domestic and international markets. The new name calls upon the winery’s heritage and provenance, it is where all started.

Now, depending on the vintage, and until the 2012 vintage, Merlot can be up to 60% of the blend, while after nearly 20 years, what was then a novelty, is now considered as one of the most classic Greek wines.

Nose: A charming blend combining strength with elegance and a complex aromatic character, composed of aromas of strawberry, cassis, plum, black and green pepper, on a background of cocoa, vanilla, liquorice and tomato, the typical aroma of Xinomavro.

Palate: Volume and richness in balance with a juicy acidity and a robust structure, thanks to the powerful but elegant tannins. Great aromatic length.

When “Yianakohori” was created, it was one of the “small” wines of the Greek market, but a big bet for my father, as at that time the blending of international and indigenous varieties was very unusual in Greece. But Merlot had already been producing excellent wines, with a velvety character, which complemented perfectly the tangy Xinomavro. Through the years, and while the label and the composition of the blend have changed many times, “Yianakohori” has been established as one of the cult Greek wines. For us, though, it will always be our first great love!

Yianakohori and food: daring but versatile

A wine with very complex aromas, a rich and full body, velvety but robust tannins, Ktima Kir-Yianni shows a clear preference for proteins, in all its versions: pot or oven roasted meats, plain or with a spicy sauce are ideal companions of Ktima Kir-Yianni, revealing some part of the wine’s multi-faceted personality. It can be enjoyed with a grilled juicy veal steak, lamb, a mellow oxtail stifado stew, pork shanks, pork tenderloin in pepper sauce, braised pork with plums, homemade lasagna, spicy ham or matured yellow cheeses, like kasseri. 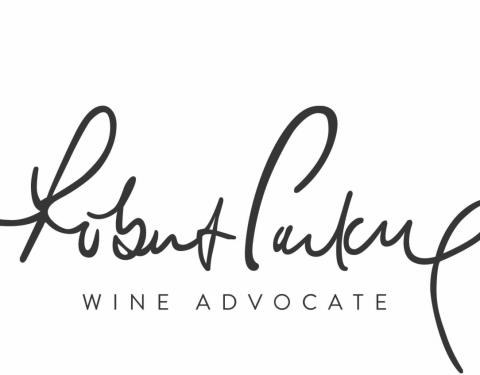