Testing the limits of our vineyard and of the unique terroir of Macedonia: the experimental plantings of Xinomavro

In Kir-Yianni, the longstanding winemaking history of the area of Macedonia is a constant source of inspiration, often blending with our passion for innovation through experimentation, one of the main pillars of our philosophy. The vineyard of Ktima Kir-Yianni in Yiannakohori is our main field of research and the testing ground where we have established a number of experimental plantings for that purpose.

In one of our first experimental vineyards our aim is to test the behavior of Xinomavro when it is planted in dense rows.

The planting density of the vines has always been an issue that sparks debate among scientists. According to one view, the poorer the ground, the denser the planting must be, while on rich grounds, it should be less dense. The other view supports the opposite practice.

The established practice in Naoussa follows the first opinion, and that was the method used when the vineyard was first established at Ktima Kir-Yianni. Considering that Xinomavro is a very productive variety, needing space in order to express its increased productivity, the first vineyards have been established at 4000 plants per hectare, while in subsequent plantings we went as low as 3300 vines per hectare.

However, in the long viticultural history of Naoussa, the planting practice was not always the same. According to oral tradition regarding the time before the phylloxera outburst, the vineyards of the area were densely planted. Having faith in the value of tradition and with the aim to test the potential of our vineyard, the plan did not take long to form in our minds.

We were tempted to establish an experimental vineyard of very dense planting, in order to see if this practice could lead to the improvement of the quality of the grapes, and consequently of the wines. The idea was that the low vigor of the vines due to the increased competition between the plants would lead to lower yield per vine and thus to more concentrated grapes. The project was implemented in 2010 in an area of 0.5 hectares. On this plot, the vines were planted at a distance of 1m x 1m, thus establishing 5000 plants. The training system used was double cordon Royat, the most frequently used training system for Xinomavro in Naoussa.

In 2016, six years after establishing the vineyard, the shoots’ vigor and the robustness of the vines were still very high. As a result, the grapes produced are large in size with average quality. However, we are waiting to see if with time and without the use of nitrogen fertilizers, it will be possible to control the vigor of the plants. This would to the production of fruit with a higher concentration in desirable components. If this is not the case, the theory of those who believe that on the terroir of Naoussa Xinomavro can showcase its quality characteristics only in sparse plantings, will be proved valid.

The experimental vineyard of dense planting is one among our many efforts to test the potential of our vines. With the desire to explore new possibilities for our vineyards as our motive, in order to take the best out of the land and the climate of the unique terroirs of Naoussa and Amyndeon, and armed with patience, our goal is to keep on learning and to refine and evolve our techniques and methods. 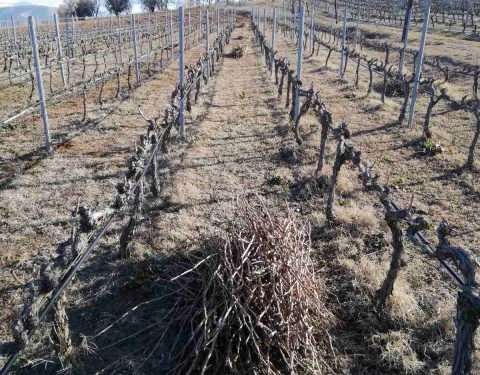 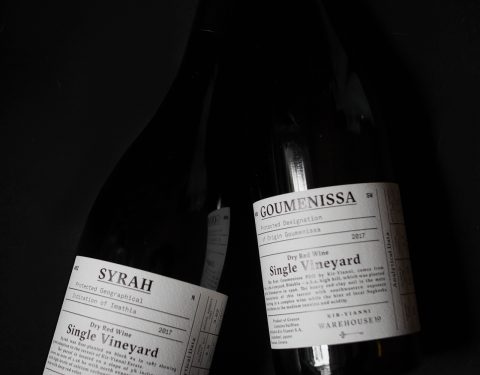