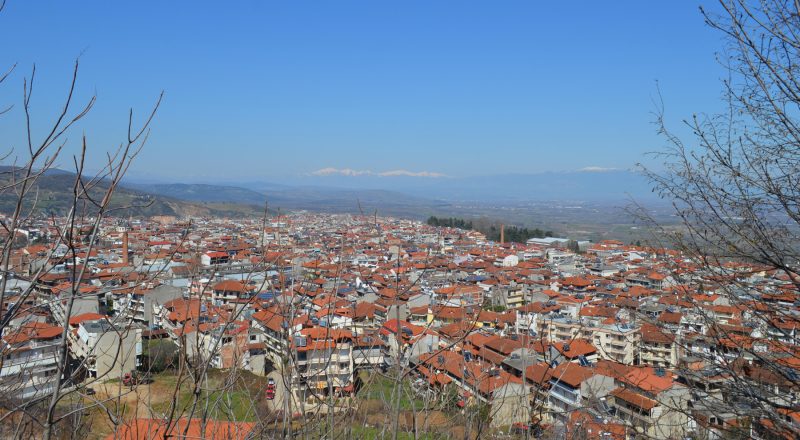 From riding solo to the magnificent mountain Vermio among vineyards to tasting the world-class Xinomavro and fruits directly from the trees, here is why Naoussa, is the well-hidden secret of southeast Europe belonging in the travel-list of every wine connoisseur, nature and hiking lover for 2018 and beyond!

A little history before taking off…

It was in 445 B.C. when Herodotus wrote in his Histories the adventures of three brothers, Gauanes, Aeropus, and Perdiccas, who set off on a journey to discover their fates. After days of misfortunes they climbed up a wild mountain known as Vermio, found before them the fertile Valley of Imathia, and settled near the “Gardens of Midas”, where roses with sixty pedals and surpassing fragrance grew naturally. This place, where Naoussa is located, today, became their starting-point for the gradual expansion of the ancient Kingdom of Macedonia, the basis for the establishment of the Hellenic Alliance founded by Philip II.

Some wild roses still blossom at Naoussa, along with its famous vineyards and peach, cherries, apples, and plum trees. It’s not difficult to be captured by the allure of the area with the glimmering water streams and the dense forests. Those who choose to visit the picturesque small city often end up falling for its people, wines, and nature, and never leave.

However, here are 7 special reasons that will certainly help you on your way to the City of Heroes and the Capital of Xinomavro wine! 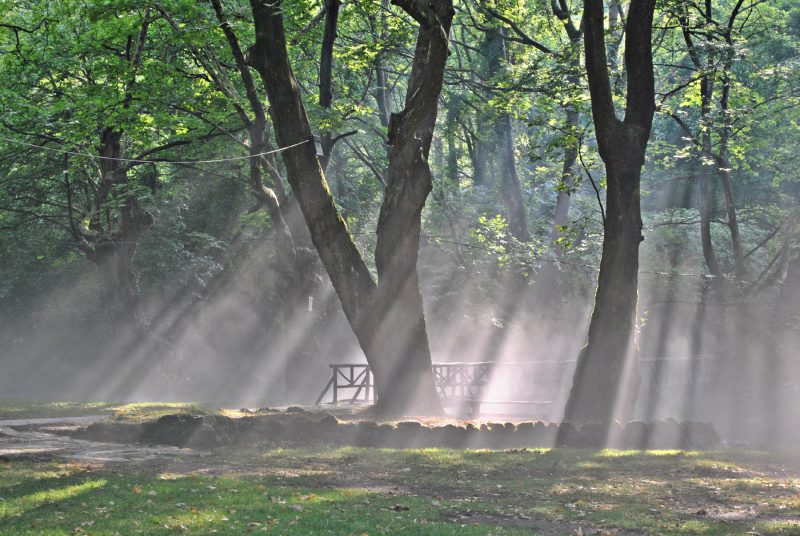 1. Naoussa is a treasure box of fruitfulness, charm, and history.

Naoussa dominates on the entire valley of Imathia, which extends as far as Thessaloniki. Located at the foot of eastern Vermio, the city nestles at an altitude of 330 meters from the sea in a series of consecutive levels that gradually descend to the plain. It is home for more than 20,000 people. Built next to the glorious and heroic Arapitsa River, the city is surrounded from the west, by luscious fruit fields, evergreen forests, and linear vineyards. The abundant waters of Mount Vermio used to power the thriving industries of the 19th century and the endeavors of the city’s dynamic entrepreneurs. Today, visiting is a trip in time to robust wine estates, cozy parks of plane trees and busy streets of traditional folk style buildings, renovated old factories and an international up-and-coming wine scene accompanied by superb cuisine. 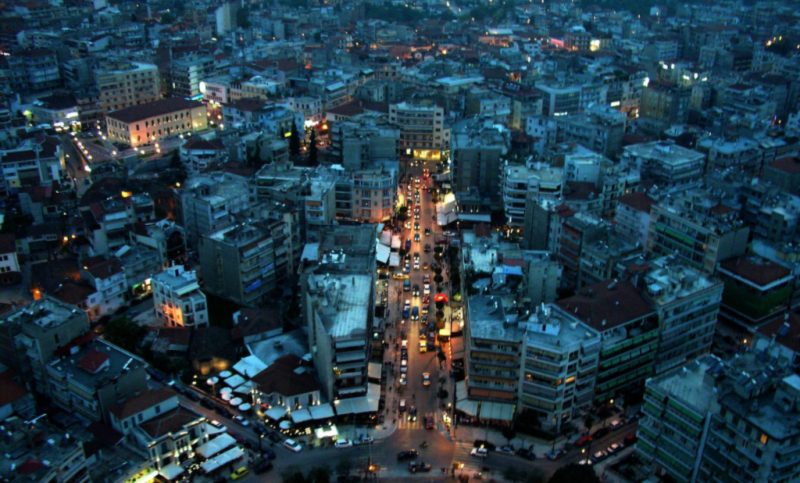 2. …Then again every nearby town is historic and most inviting!

Many people fall in love with Naoussa, but there are some losing their heart somewhere between Edessa, Veria, and the neighboring villages. Veria is an ancient multi-culti small city with one of the largest and most modern public libraries in Greece. The city boasts a considerable number of Ottoman buildings and a variety of religious monuments, including major Byzantine Churches, eight mosques and the old Jewish quarter, Barbouta. Edessa, on the other hand, is rightly known as the Place of Water; rivers, streams, fountains or the famous waterfalls on the edge of town welcome your urge for a rejuvenating spa or an inspirational hiking among trees. 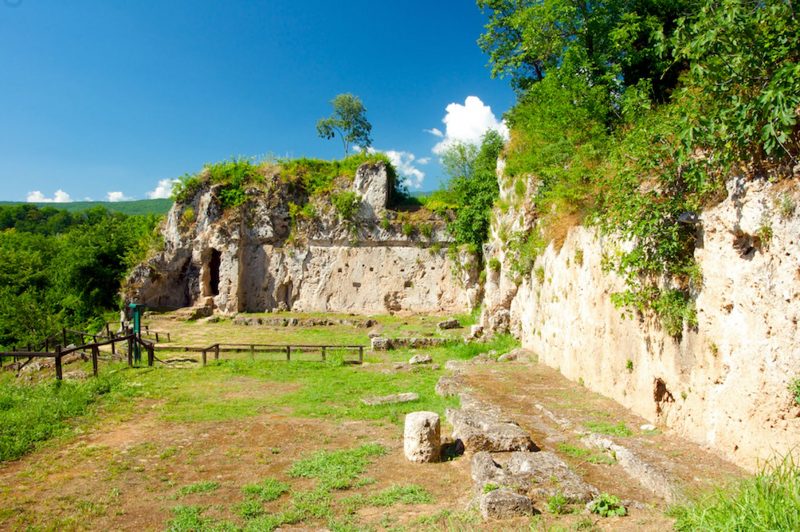 3. You can follow in the footsteps of Aristotle, local heroes, or ritual dancers.

Greece and ruins go hand in hand, but make sure to visit the ancient city of Mieza, now called The Aristotle School, on the bank of Arapitsa, in the province of Naoussa. This is the first Academy of the world, where in the tranquility of the natural landscape the young Alexander the Great was initiated by his wise teacher into philosophy, ethics, arts, poetry, physics, and mathematics. The place where the great philosopher walked with his disciples suffered disasters. Nowadays, it is honored as the carnival parade of Boules and Yianitsari pass through the beautiful remains, celebrating the spring of life and following the course of unforgettable heroes. 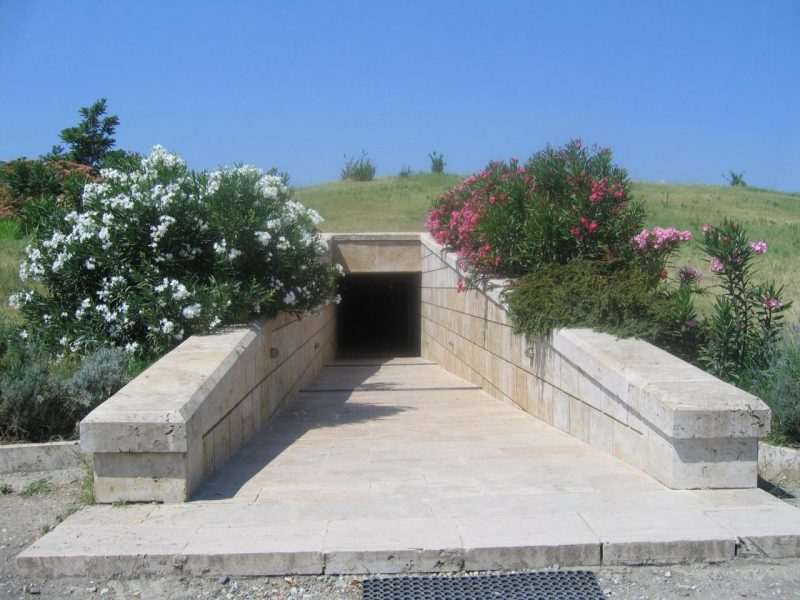 Discover a site found nowhere else on earth! Aigai is the royal capital of Macedon, a universal magnet protected by UNESCO as a world cultural heritage monument and an archaeological site of outstanding natural beauty.  Aigai consists of the Polycentric Museum, the palace, the ancient city, the necropolis and the surrounding area. The palace of Aigai is not only the biggest but together with the Parthenon, the most significant building of classical Greece.  It was constructed during the reign of Philip II, father of Alexander the Great, along with the cluster of royal tombs discovered in Vergina. Golden wreaths, amazing jewelry, and valuable inscriptions written in Greek will fill you with wonder! 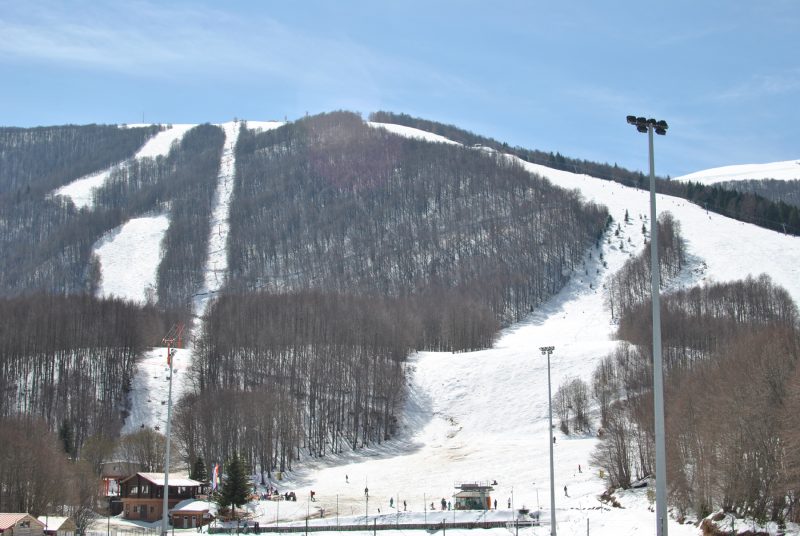 5. There are snowy mountains in the winter

Many picture Greece as a land of rocky islands and golden beaches, but the northern region of Imathia is home to the Vermion Mountain, a wild range with its highest peak reaching an altitude of 2,065 meters. Vermion is a hot spot for skiers and snowboarders. If you dream of white slopes, powder parks, and magic vistas come and experience and the modern facilities available to all amateur and professional athletes and the joy of 3-5 Pigadia and Seli, two of the best ski resorts in Greece.

6. …And green tracks to walk, ride, slide, climb, celebrate or pray most days of the year.

Vermion is a paradise for hikers, rock-climbers, mountain bikers, and worshippers, too. Nevertheless, it can be a playground for climbing, hiking, biking, gliding, and paragliding and it can also, be a serene retreat. Some of the most important pilgrimages, like Panagia Soumela are taking place here among vineyards, on the low slopes of Vermio where Semeli, the mother of Dionysus, lived and the local wine tradition was born and raised. Enjoy wine tours bike and get acquainted with “Xinomavro,” a wine with deep color, impressive volume, and a particularly aromatic character. 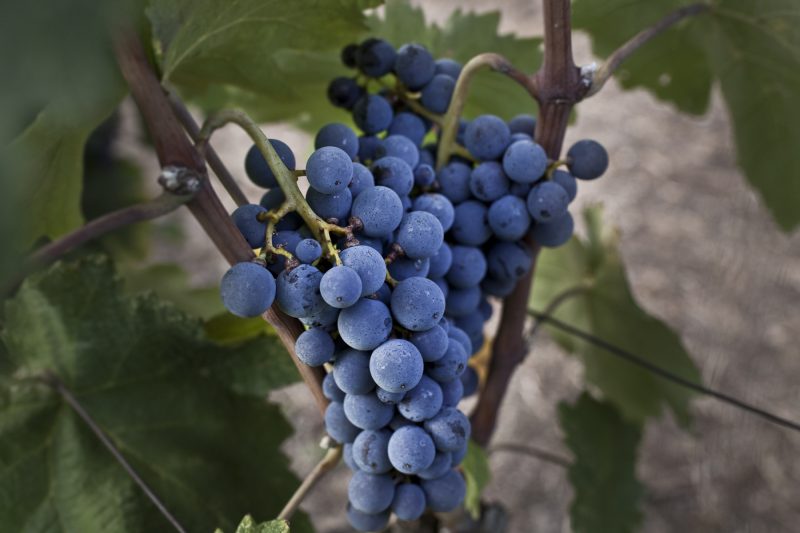 Praised by diplomats and renowned voyagers of the 19th century, Naoussa’s black wine was compared with Burgundy’s specialties. A century later, the precious Xinomavro vineyards were invaded by phylloxera and threatened with total destruction. At this difficult time it was the rebellious Naoussa spirit taking the reins once again. Coming from a long line of winemakers, Yiannis Boutaris with a persistent scientific team re-established the Naoussa vineyard with 520 acres in Giannakohori. In 1971, Naoussa wine region was proclaimed a PDO (Protected Designated Origin) and in 1987, it organized the first annual “City of Wine and Vine” welcoming oenophiles from all over the world. Today, there are over twenty wine estates in Naoussa breeding this effort and legacy. Ktima Kir-Yianni located at the highest point of the winemaking zone, represents perfectly Naoussa and its terroir, including vineyard blocks with different types of soil, orientation and inclination.  Diaporos, Ble Alepou,  Ramnista, Dyo Elies, Yanakohori Hills, and Akakies are wines of very different style, from blanc de noir to rosé and deep red, still or sparkling, dry or sweet reflecting this noble variety and revealing its versatility in the best way possible.

So, come on, break out of your shell, once bought from a Greek souvenir store, and head to our North. Its time to explore, see the vines, feel the fresh air, and raise a glass of Xinomavro to life.  Naoussa welcomes you home! 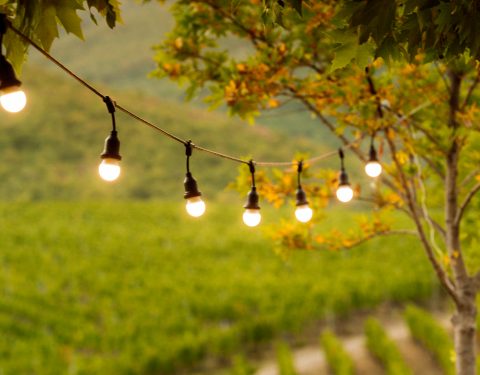 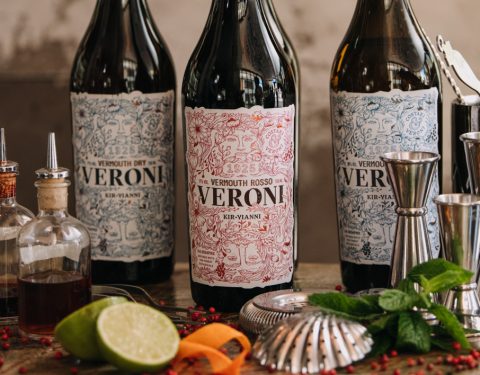 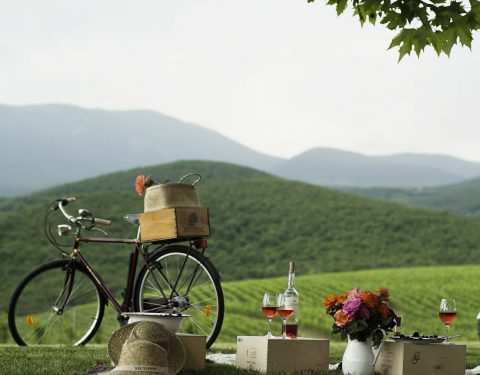