Boules and Xinomavro announce the spring! 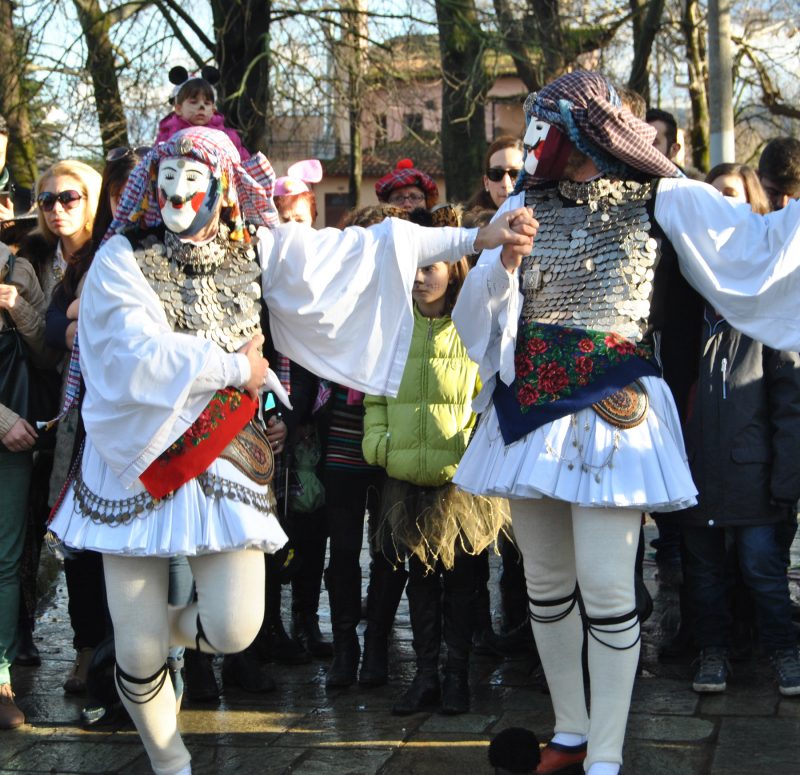 If you are French, this title could refer to something like a relaxed pétanque weekend festival but for us, in Greece, Boules are fully pronounced and rowdy celebrated in the traditional annual Carnival revels hosted this year from February 8th to 19th  2018(1), in Naoussa, birth place of Χinomavro wine and home of heroes.

Based on 2018’s solar and lunar cycles, Easter falls early this year and so, does every feast that accompanies and precedes it. “Boules”, or “Yianitsari and Boules” as they are also known, are one of them, an unusual tradition with deep roots, which over the centuries has combined shamanistic elements, myths, religion, folklore, and historic qualities. It is believed to date back to ancient Dionysian celebrations of fertility and saluting spring, “Anthestiria” known for their symbolic rituals. But some historians and researchers relate it also, with tribal initiation ceremonies like the one where young men become adults.

During the Ottoman Empire and Turkish occupation which lasted until 1912 in some areas, people in Naoussa turned to Boules and Yianitsari in order to frame and accept through mocking and risky resistance their enslavement to the Turks and ultimately find joy in the paradox of being Christian and descendant of an ancient pagan God.

It was in 1705, when the character of the event changed (2), when the Turks came to the village of Naoussa to recruit forcibly children for their military unit composed of Christians, contrary to the previous status quo of peaceful coexistence. Families resisted and the Turks in response killed them. A year later, forty days prior to the Lent that precedes Orthodox Easter, the villagers of Naoussa covered their faces with masks originating the Armatoliki costume, and followed the ancient routes with wild dances and loud songs as a memorial tribute to the dead. The ritual had an additional purpose; to fool the Turkish, making them believe that there was a wedding taking place, whereas in reality the bride was a man and the feast was a trick to collect money, food and guns for the rebels who lived up in the mountains. 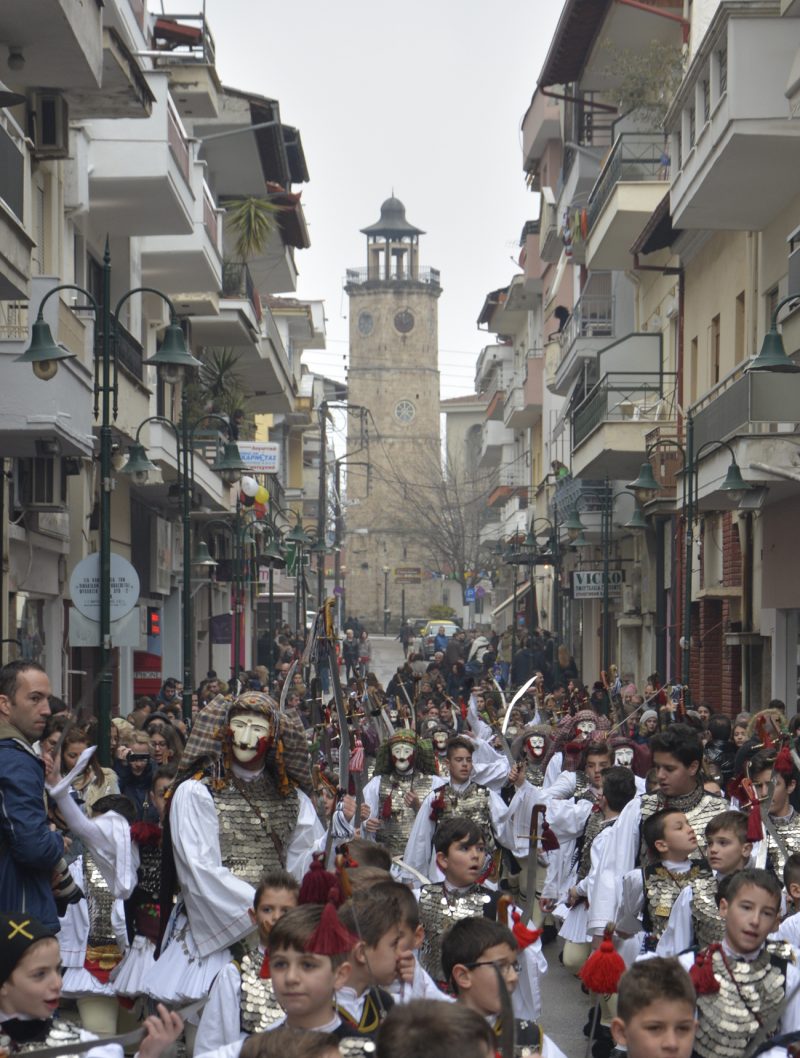 To this day, three hundred years later, Boules and Yianitsari follows an unchanged course with strict oral rules (3) and principles passing from one generation to the other. Participants are exclusively unmarried, young men; the dancing repertoire consists of the same specific dances, Zalistos, Sygathistos, Papadia, Old Papadia, Davelis, Sotiris, Nizamikos, Melikes, Moustabeikos, Sarantapente, Souda, Makrynitsa and Patinada (4); the costume comprises of the same clothes, a red fez with a black tassel, a wide-sleeved shirt, the kilt which is a short foustanella, a vest with silver accessories, coins and jewelry sewed by the elder, and of course the mask made of a thick cloth, plaster and beeswax to keep the dancers as cool as possible.

The mask is the most important element of the costume. In antiquity its white colour symbolized the winter and the red cheeks the rebirth of nature. During the Ottoman occupation white referred to the mortality of Hellenism and red represented the hope for freedom and revolution. Once the mask is put on, it cannot be removed until the ceremony ends. And the ceremony ends after many hours of dancing, drinking wine and sharing wishes, teases and mirth with the beloved friends, relatives, and guests (5).

This year the custom will take place on Sunday February 11 and will be re-performed on February 18 and 19. Every year the groups and the crowd celebrate with traditional delicacies, local pies and the famous wine of Naoussa, Xinomavro. It is an invitation to everybody, to dance until the earth trembles and sing until the heart retrieves its serenity. The custom of Boules incorporates all these contradictions of existence and humanity; the paying of a heavy price for happiness, the rage and the bliss, the survival in challenging conditions, the connection to a home place through heritage, and the gratefulness of being alive.

(2) “The custom of “Genitsaroi and Boules” of Naoussa, Greece” – Greek Dance Archives. Society for the Research, Study and Promotion of Traditional Greek Dance

(3) Scientific Announcement on: Rhythm and rhythmic enumeration of the dances of the carnival dance of Naoussa, called Boules. A new rhythmic-kinetic approach to the dances of the act, which are considered of the free rhythmic type.  Christos Zalios Teacher of Physical Education Naoussa | 21st International Congress for the Research of Dance Athens, 5-9 September 2007 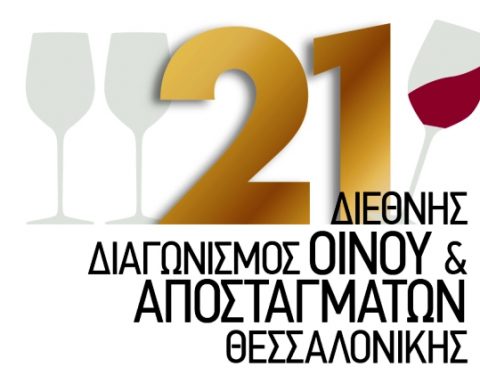 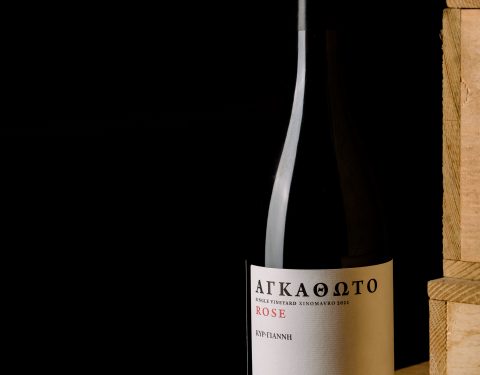 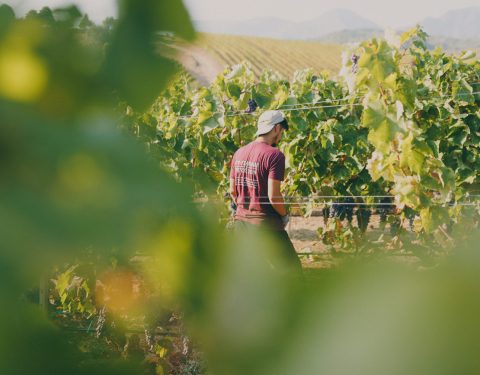